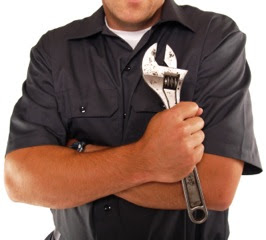 For some reason unknown to modern scholars, men have always liked to fix things. For example, a man will show very little interest in a coat rack until it is reported to him that said coat rack is broken. The man will then immediately proceed to spending as much as an hour of his time trying fix it. This time can be doubled or even tripled when said coat rack is owned by a woman.

If a man finds himself unable to fix something at first, he will become frustrated. This frustration varies across the spectrum of men, but it is usually pungent enough to keep him from allowing other men to take a crack at fixing it, or even to help. This is due to the fact that if another man could fix it while the first man couldn’t, then he’s obviously better fixing things. As men tend to refuse to let others be better than them until about age 72, this is unacceptable, and a man will try to avoid this outcome at all costs.

Strangely enough, a man can find himself more insecure about his coat rack fixing ability than about his actual job. If he can’t fix it, then in his mind he may feel as if he is not needed or important. When you encounter a man who is suffering from this, you may want to distract him with a broken object that is easy to fix, like a click-pen, or a high light bulb that needs changing. Or you could just remind him, “Hey. Get over yourself. It’s just a coat rack.”