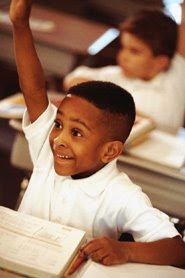 Most men like tend to fancy themselves as reliable, able to be trusted, and able to get the job done. In order to reassure himself that he can actually get said job done, he will usually cite his frequency of being at a certain place when others expect him to be.

A man’s attendance record is often more important to him than his actual performance record. A man may fail at doing just about everything else, but about half of all men value showing up so much that they will tolerate any ineptitude in themselves so long as they know that, at the very least, they had perfect attendance. These men will often try to make up for lack of consistent talent, strength, or other measure of manhood by being consistent in the only thing they really can do, and that is arriving.

This can be misleading, because this only covers half of all men. The other half like to consider their abilities so effective and so reliable that they don’t even need to be present in order to succeed. When these men show up for something, they would like for it to be an occasion. The lower these men’s attendance while still accomplishing their goals, the more satisfied they are at their success. This is not to mention the time they save by not showing up can be spent on other priorities, like working on their jump shot, or naps.

Whatever the case, any man that you run into almost certainly thinks he is reliable and will reference his attendance somehow to prove it. If you let him know that he is unreliable because of his attendance rate, he will almost always argue that he is reliable because of the exact same attendance rate, so the best bet is to just tell him that he is doing a good job at the kind he is failing at. If you’re lucky, he will get confused and try to excel at both, which, when done right, is what you probably want anyway.